Is it time to stop prioritising looks in opera? 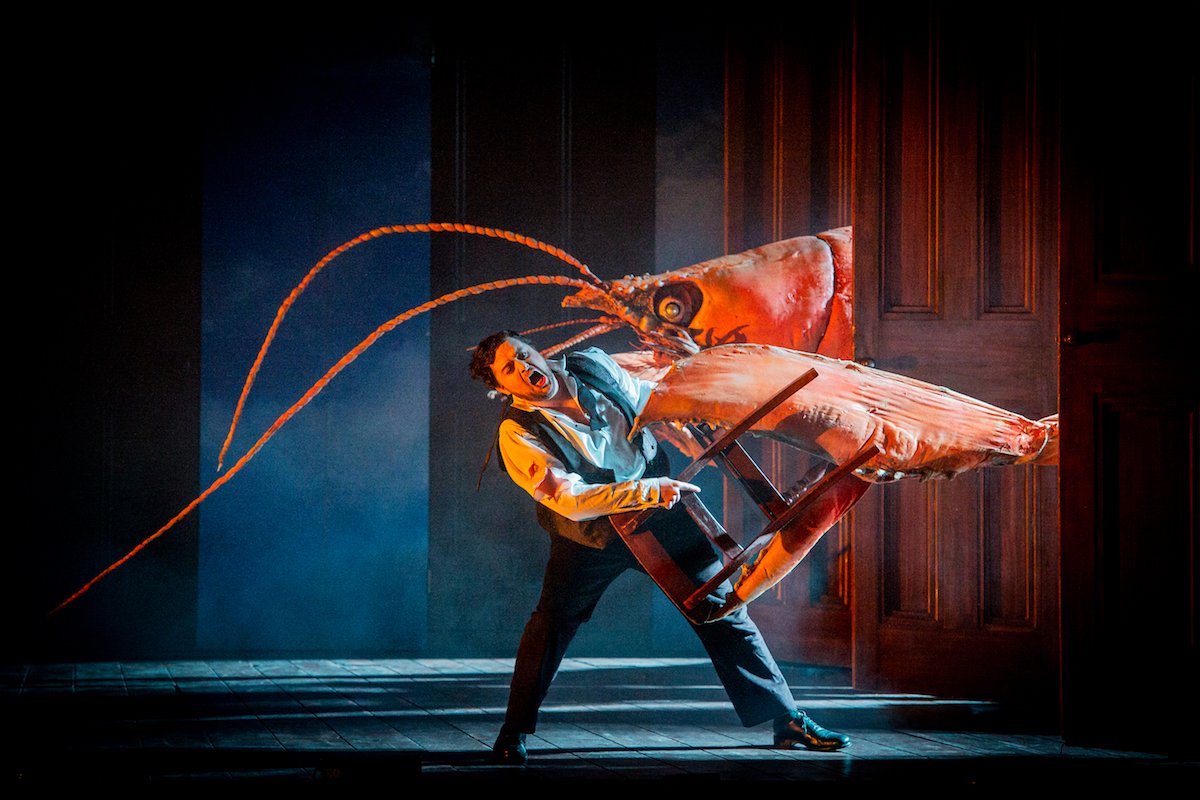 In January 2019, we launched Opera: By Voice Alone – a new competition featuring a ‘blind audition’ in the first round, at which a panel judges candidates purely by how well they sing. The competition, with its emphasis on vocal ability rather than physical appearance, has been welcomed by singers and the industry at large for its efforts to tackle unconscious bias, and particularly the persistent preoccupation with singers’ looks and age.

The conversation around the importance of voice versus appearance is not new, and there are many examples of decisions that have forced a discussion in the past. In 2003, Deborah Voigt was released from an engagement at Covent Garden because of her weight. In 2014, reviews of Glyndebourne’s Der Rosenkavalier made insulting personal remarks about mezzo-soprano Tara Erraught, choosing to comment on her appearance rather than her performance, and prompting cries of protest from the opera world.

The question we were asking then – and are still asking now – is ‘why’? Why this preoccupation with appearance? Are looks really as important as a singer’s voice and stagecraft? And if what matters most in opera is the expressive power of the human voice, then why is there such pressure on singers to ‘look the part’?

There is an argument that opera is a visual art, and therefore singers must be ‘believable’ in the roles they play. However, this is a thorny issue. ‘Believable’ is a complex concept in the world of opera, with its fantastical plot lines and odd time lapses. Talking animals, magic spells and warring deities are commonplace, and we accept those idiosyncrasies as part of the world of the play. So, given this tradition of suspended disbelief, why is it that an audience is expected to accept that a human in a chicken costume makes for a credible bird (think of the hens in The Cunning Little Vixen, or of Siegfried’s Woodbird) but not that a plus-sized singer can make a believable fairy?

Similarly, should opera’s romantic leads really always be young, attractive and bereft of extraneous poundage, or are we simply conditioned to accept the slender princess and her hunky lover as ‘authentic’ character representations? If being believable (in the sense of being true to life) is the aim, shouldn’t our casting choices reflect real people, with all their distinct and varied physical characteristics? Wouldn’t casting a more diverse range of singers who real people can relate to, also perhaps help to open opera up to a wider and more diverse audience, if they could see realistic representations of themselves on stage?

When a certain look becomes a prerequisite to operatic success, we risk marginalising artists who don’t conform to accepted types. Moreover, the question of looks is only one aspect of the wider challenge of achieving true diversity. The worrying and well-documented lack of BAME and disabled singers represented on stage is another expression of the same flawed system – a system that fails to adequately incorporate, train and support all talented singers, regardless of their background, ethnicity, age or financial situation. Until this is changed, we will miss out on some extraordinary voices.

To their credit, the UK’s major houses seem to be aware of these issues and are doing their level best to tackle the bias behind the status quo. They have outreach initiatives designed to bring opera to a wider pool of future artists and audience members. Many are supporting By Voice Alone’s efforts to remove appearance from the equation altogether in the competition’s early stages – ensuring that singers who have experienced difficulty getting auditions in the past are guaranteed to be heard. The discussion has begun, and in consequence, we are slowly seeing some positive developments.

Interestingly, the idea of celebrating diversity in appearance seems to be something that other visual art forms are also taking on board. Walt Disney Pictures have gradually been challenging the helpless princess archetype by introducing more interesting, self-reliant female leads in the form of Frozen’s Elsa and Ana and Brave’s Merida. Moana, which came out in 2016, not only celebrates a princess with resilience and strength, but also gives her a more realistic body type than her predecessors.

It is interesting to observe this shift in the way traditionally picturesque character types are portrayed in popular films. Perhaps, too, it challenges the idea that ‘sex sells’ or that opera needs to present a materialistic façade in order to sell tickets. Disney’s sales haven’t plummeted with the introduction of its recent, ‘normalised’ heroines, and whilst opera is a harder sell than blockbuster movies, the assumption that the only way to guarantee bums on seats is to flash some flesh, or to cast those “easy on the eye” does audiences a disservice.

Once we move away from accepting character archetypes with clearly defined physical characteristics as the norm, we open up the possibility of greater diversity in the way opera might look. Characters, and those who play them, needn’t be neatly categorised into ‘types’, because opera itself resists neat divisions – blurriness and plurality are built right in. Ariadne Auf Naxos, for example, mixes high drama, gods and searing mortal agony with a cavorting cabaret act. A Midsummer Night’s Dream pitches animal metamorphosis and magic spells alongside the humdrum activities of Bottom and his fellow craftsmen. Gender is fluid too, with trouser roles meaning women are sometimes called on to play men’s parts.

Even the Fach system (beloved of some casting directors as an aid to defining which voices are suited to which roles) challenges the one-size-fits-all approach. The system categorises voices not only by their broader divisions (soprano, mezzo-soprano and so forth) but also breaks them down by tone, weight and flexibility.

The acknowledgement and celebration of difference and diversity is built into the way we talk about (and cast) voices. More broadly, it is a part of opera itself. So, let’s embrace difference in looks too!

Apply for By Voice Alone

Opera: By Voice Alone offers a level playing field for all. Every voice who enters will be heard blind either live or via recording and each voice will be judged by merits alone in the first round.

There’s still time to apply for By Voice Alone.

The closing date for applications is midnight Thursday 28th February 2019 for the live auditions and midnight Sunday 31st March for recorded submissions.