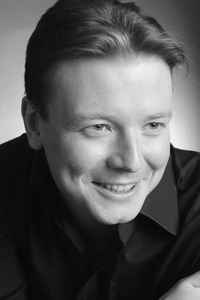 David Clegg began his career by winning the title of Choirboy of the Year in 1983, which led to many TV and radio appearances and high profile concerts as a treble. Educated at Winchester College and New College, Oxford, where he was a choral scholar, he completed his studies on the opera course at the Guildhall School of Music and Drama. He has sung as a soloist and consort singer with many of the countries well-known ensembles including The Sixteen, The Monteverdi Choir, Academy of Ancient Music and The English Concert, and has toured throughout the world with them and as a soloist performing in prestigious venues such as The Sydney Opera House, Carnegie Hall in New York and Suntory Hall in Tokyo, and in festivals like the BBC Proms, Edinburgh and Salzburg amongst others. He has recorded widely and can be heard on well over 100 recordings for various record companies including Deutsche Gramophone, EMI, Warner, Sony, Hyperion, Chandos and many others. His opera roles stretch from Monteverdi to Britten and beyond, and his most recent appearance on the opera stage was Purcell’s Fairy Queen in Mexico City with the New London Consort.

As a teacher David holds positions at Winchester College and Westminster Under School and he has coached on courses with the National Youth Choir and given regular masterclasses at Harvard University. Alongside his performing career much of David’s working life these days is spent working as a manager for various ensembles. Amongst his roles are Head of Artistic Planning for Arcangelo, Vocal Consultant to the Orchestra of the Age of Enlightenment, Choral Manager of the Gabrieli Consort, Managing Trustee of La Nuova Musica and Artistic Advisor to ORA. Alongside these positions he has provided musicians in various capacities for conductors such as Sir Mark Elder, Sir Charles Mackerras, William Christie, Marin Alsop, Christophe Rousset, Masaaki Suzuki, Nicolas McGegan, Emmanuelle Haim, Christian Curnyn, Laurence Cummings, John Butt, Charles Hazelwood and Martin Hazelbock. Projects in the present season include work for Sir Roger Norrington and the Schutz Choir, John Wilson and Sir Simon Rattle (a staged St John Passion with Peter Sellars), as well as ongoing projects with Paul McCreesh, Jonathan Cohen, David Bates and others. When opportunity allows he directs his own ensemble, Aurum Vocale, enjoying collaborating with friends and colleagues in a wide variety of repertoire. 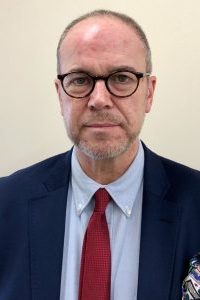 Scott Cooper studied singing at the Royal Scottish Academy of Music and Drama (now the Royal Conservatoire of Scotland), where he won major Academy prizes including the Jean Highgate Scholarship and the Margaret Dick Award. In 1981 he created the role of King Diarmid in the world premiere of Kenneth Leighton’s opera Columbaat the Theatre Royal, Glasgow.

From 1987-1995 he was a member of Scottish Opera where he was involved in the recordings of Candide(TER and BBC TV), Street Sceneand Regina(Decca). He was involved in a project for Pearl/Conifer Records to record the later operas of Sir Arthur Sullivan and can be heard in The Rose of Persia, The Chieftain and Ivanhoe.

In 1995 he left Scottish Opera to co-found the Glasgow-based event management company Pitch Perfect, before moving to London in 1998 when he joined Athole Still International Management as Artists Manager. For the next ten years he managed the careers of international opera singers, conductors and directors, as well as sitting on the board of the International Artist Managers’ Association.

In 2008 he became Artistic Administrator at Grange Park Opera, and since 2016 he has been Director of Artistic Administration at The Grange Festival. He regularly sits on competition juries and audition panels, in addition to numerous speaking engagements. 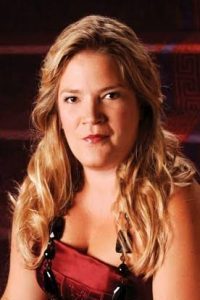 Sarah-Jane is currently Head of Casting at Scottish Opera. She studied as a soprano at the Royal College of Music gaining her BMus(Hons) degree before attend the RCM Opera School. She won many prizes including the London Welsh Singer of the Year and MOCSA Young Welsh Singer of the Year competitions and represent Wales at the 2007 BBC Cardiff Singer of the World competition. Whilst at the RCM she was invited on to the English National Opera Young Artists’ Programme and went on to a successful career singing principal roles for major UK companies and festivals and in Europe.  She joined the audition panel of Les Azuriales Opera  and subsequently became the director of Les Azuriales Young Artists’ Programme in 2010. She moved into artistic management in 2013. 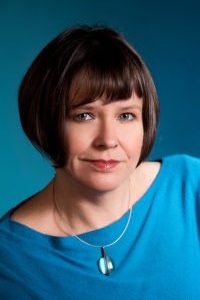 Alice Farnham is in the Top 10 of Classic FM’s list of ‘Top Women Conductors’, and No. 23 in the BBC Woman’s Hour Power List 2018. A British Conductor, she trained at the St. Petersburg Conservatoire with the legendary pedagogue Ilya Musin.

She was Music Director of Welsh National Youth Opera for the critically acclaimed and award-winning productions of Maxwell-Davies’ Kommilitonen! and Britten’s Paul Bunyan. She was invited by Valery Gergiev to conduct The Rape of Lucretia at the Mariinsky Theatre in 2013 and 2015. Particularly interested in innovative and cross-genre productions, in 2016-17 Alice conducted the opera/dance hybrid Carmen Moves and Philip Glass’ Satygraha with Cirkus Cikör at Folkoperan Stockholm.

Alice is Founder and Artistic Director of Women Conductors with the Royal Philharmonic Society, and the Female Conductors’Programme at the National Concert Dublin – programmes to encourage women into the conducting profession. She is much sought after as a teacher and consultant on other similar programmes around the world, including the Dallas Opera Hart Institute.

Alice is a guest conductor at the Royal Welsh College of Music & Drama and in 2019 will conduct her first production for the Opera School at the Guildhall School of Music & Drama.
Alice has also conducted many large-scale community productions including touring Hans Krasa’s Brundibar for Mahogany Opera, David Bedford’s Titanic at the Sands Carlisle, Richard Barnard’s A Perfect World for Welsh National Opera, and Martin Reed’s Round-about-Basingstoke at the Anvil Basingstoke.

As an experienced Assistant Conductor, she has assisted Semyon Bychkov, Maurizio Benini, Boris Grusin and Barry Wordsworth at the Royal Opera House Covent Garden, and Lothar Koenigs and Michael Hofstetter at Welsh National Opera. She has worked on numerous productions as a regular member of the Guest Music Staff at the Royal Opera House from 2005-2016. From 2001-4 she was Chorus Master and Assistant Conductor at Gothenburg Opera, Sweden. 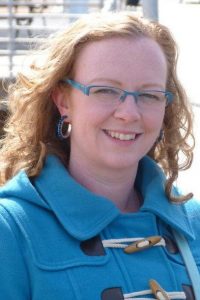 Kathryn’s passion for opera and voice started during her schooling in Cardiff, singing in eisteddfodau and with Welsh National Youth Opera. After gaining a BMus (Hons) from Sheffield University, she decided to focus her efforts on work behind scenes, so furthered her studies at the Royal Welsh College of Music and Drama, gaining a Postgraduate Diploma in Arts Management. Joining Welsh National Opera straight after graduating, she spent four years learning her trade in casting and planning, before taking on the role of Music Manager at the RWCMD. She worked for four years at Scottish Opera, in the roles of Planning Manager, Touring Manager and Artists Manager, furthering her overall knowledge of performing and touring theatre and opera before returning to WNO in 2012 as Head of Artistic Management. Her role now includes the casting of roles, covers, actors, dancers, children, circus troupes, dogs/cats/eagles and all other performers seen on WNO’s stage, as well as working closely with WNO’s creative teams from concept to stage. She also oversees WNO’s Associate Artist Programme and is heavily involved in the Company’s overall talent development and diversity initiatives.

Outside of work, Kathryn is a mum to 2 year old twins and, in rare moments of free time, enjoys crochet, home improvements and films. 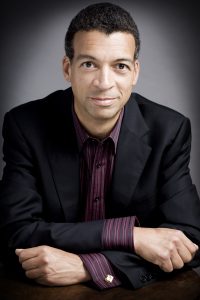 Roderick  Williams is one of the most sought after baritones of his generation and performs a wide repertoire, from baroque to contemporary music, in the opera house, on the concert platform and in recital. He enjoys relationships with all the major UK opera houses.  He has also sung world premieres of operas by, among others, David Sawer, Sally Beamish, Michael van der Aa, Robert Saxton and Alexander Knaifel.

He is also an accomplished recital artist who can be heard at venues and festivals including Wigmore Hall, Kings Place, LSO St Luke’s, the Perth Concert Hall, Oxford Lieder Festival, London Song Festival, Concertgebouw, the Musikverein, Vienna and appears regularly on Radio 3 both as a performer and a presenter.  In 2017/18 he will perform all three Schubert Cycles at the Wigmore Hall. His numerous recordings include Vaughan Williams, Berkeley and Britten operas for Chandos and an extensive repertoire of English song with pianist Iain Burnside for Naxos. Future recording plans include the three Schubert cycles for Chandos. Roderick Williams is also a composer and has had works premiered at the Wigmore and Barbican Halls, the Purcell Room and live on national radio.

He was Artistic Director of Leeds Lieder + in April 2016 and he is currently ‘singer-in-residence’ for Music in the Round in Sheffield, presenting concerts and leading on dynamic and innovative learning and participation projects that introduce amateur singers, young and old, to performing classical song repertoire. He was awarded an OBE for services to music in June 2017.

Have a question? Please get in touch: